Our main reason, at least before we arrived, for visiting Galaxidi was to arrange a bus excursion to Delphi, site of the Oracle.  If you are not into this stuff you can stop now.

Being unable to find a bus schedule we just went one morning to the main square where we knew the bus would come.  There was a bus due at 1000 or 1030 depending on which helpful townsperson was offering advice.  Having been in Galaxidi for two days everyone in town knew not that we were Canadian but that we were "on the Canadian boat".  Being cautious we attended at 0945 for what turned into the 1030 bus.


Tickets were no problem once we found the bus station, a nice unmarked cafe.  Not the whole cafe of course, just the back table on the south side in the corner.  There sat the bus agent who, for seven Euros, handed me a handwritten receipt in Greek.  He assured me it would get us to Delphi.  It did.  The route was amazing, most of it driven in second gear as the bus driver fought to keep our large comfortable bus on the road.  In Greece, a nation of mountains, bus driving is a profession. 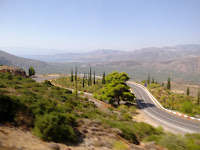 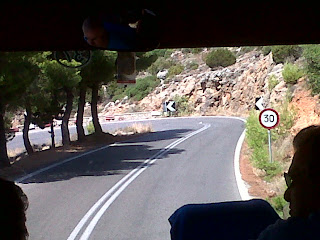 Here are two of the turns the bus driver, with a fully loaded highway bus, had to negotiate.  There were many many turns.  Our five kilometer trip took almost 40 minutes.

All that was forgotten on our arrival in Delphi, a small village about a kilometer walk from the temple of Apollo where lived and practiced the Oracle and the sisterhood in charge of glorification of Apollo.

What you get is this: 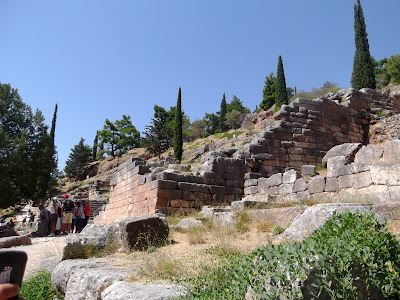 Once on the site you realize that you are standing on earth that once carried Nero and Alexander and the mighty and ambitious leaders of the entire known world, come to seek the certainty of future knowledge of the success of their plans of conquest. 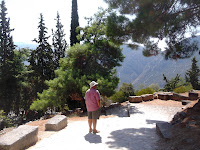 Here I am looking over the mountain pass at Itea where parties royal would have disembarked with their retinues to begin the arduous climb up the mountain to seek the knowledge possessed by the Oracle.  I am lost in the imagination of my boyhood and was shocked when Connie disturbed my reverie.  Here is the view, Itea just visible in the distance: 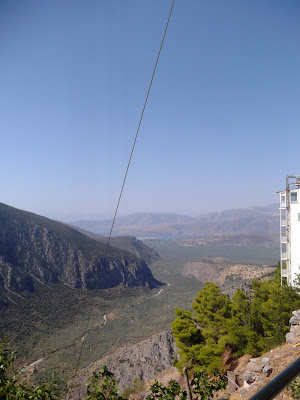 This is no Acropolis which was rather tedious.  Delphi holds place in our travels with Visibulis, the medina at Fes, the Coliseum at El Jem, the sands of Carthage, the oasis at Tazeur.  It has few equals among the sites we have visited in the Mediterranean.

Either you are into this stuff or you are not.  If you are you have to be here.  Here are a few more photos: 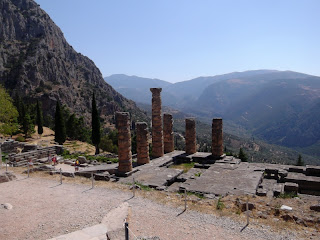 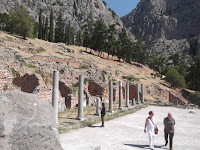 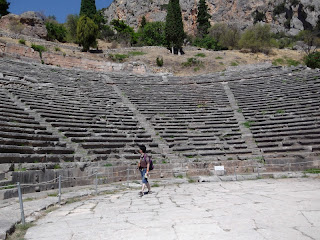 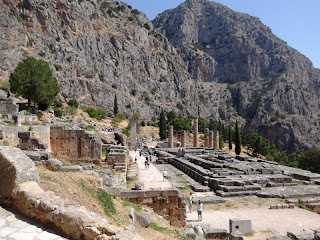 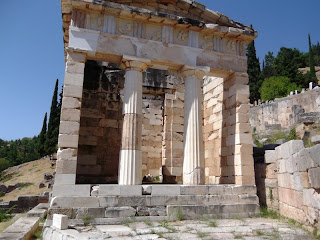 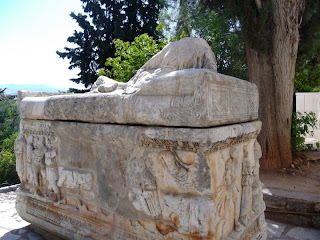 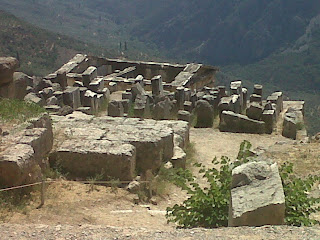 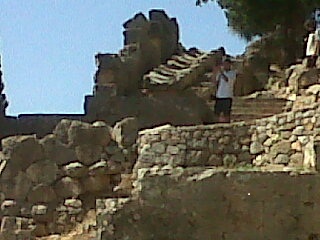