Summer came to an end last week.  I blame it on Life Part 2, a Vancouver Cat, alerting us to a weather anomaly they found on Windfinder warning of high winds out of the south and south east.

It was news to us but the other weather sites inexorably came into agreement.  The call was a good one and it was one heck of a blow.  Oddly enough by the time the  storm arrived Windfinder was assuring us there would be no storm.  So goes weather forecasting in Greece.


On the day of the storm we left the free dock in Preveza, a rough concrete wall  completely unprotected from the south and east.

We set sail for nearby Vonitsa which offered a lovely large bay with fantastic protection to south and east, the predicted wind directions.

We shared an enormous bay at Vonitsa with three other boats leaving everyone had lots of swinging room and lots of dragging room.  A good thing too as it turned out.

The storm arrived as predicted: a twelve hour stretch of malevolent strata cloud heavily embedded with CUs.  At three in the morning the wind was up to 75 knots and the lightning was so close to continuous it was like watching a baseball game at the Skydome. Meredith, teeth to the wind, held fast.

Two of the boats in our bay dragged, neither to ill effect.  A handful of boats which began the night at the town dock in Vonitsa were seen anchored off our cove obviously having endured an unpleasant night with conditions serious enough to cause them to move off of untenable moorings in the middle of the storm.

Damage report on Meredith disclosed a buckle on the strap holding the fuel container in place in the dinghy had been smashed to polycarbonate pieces.  Sadly the fuel container had ripped loose and could not be found.  Not too serious as it was near empty of fuel.  Losing a full container of fuel would have been painful.  Serious damage did occur to the anchor, our venerable 45# CQR anchor which had developed a bend in its shaft.

Due to the curve our CQR now finds it difficult to set in any bottom and we fear we must replace it.  The replacement will be another genuine CQR as this anchor has proven its worth.

With the passing of the storm weather in the Ionian changed.  It became and remained cold and blustery, the sky heretofore clear became permanently full of cloud.  It was clear to us the long Mediterranean summer was coming to an end.

All we needed was for the wind in the Ionian to shift from SSE to N or NE and for the waves on the Ionian to die down after the storm.  That was to take almost another week.

While we waited for good sailing conditions we heard again from  Noel and Ceu on Life Part 2, that Vancouver Cat we seem to meet everywhere around the Med.  They  emailed to tell us they were on the island of Paxos and Corfu and wondered if we might like to rent a car with them and tour the monsteries of Meteora.

Never having heard of Meteora we were eager to fill the void in our knowledge.  Two days later Meredith was anchored off Pargas and we were crammed five into a eurocar.

Meteora was unbelievable, ie. if you had told me about it I would not have believed you. You can see why.

It was a cool way to spend a day.

On the way home we stopped at Meztovo an Austrian ski village set in the middle of Greece.  A lovely walk around and some cheese purchases finished the trip.

Back at the boat we figured conditions were growing too boisterous for the unprotected waters of Parga and we decided to sail to Lakka, a small anchorage on the island of Paxos for a look around hoping the winds would turn and the seas die down on the Ionian so we could sail to Sicily.

On the sail to Paxos, a mere twelve miles yet another spontaneous line of embedded thunderstorms pounced on us.  For half an hour we sat with sails furled and tied down as icy rain deluged the seas around us and wind raged about.  Nature's fury was to no effect and it ended as merely an interesting diversion for half an hour.

The storm returned that night and wind and rain beset all the boats at anchor in tiny  Lakka.  When things died down we did not rush to get off the boat.  Rather we put away the dinghy and secured the boat to cross the Ionian choosing to make for Italy as soon as conditions allowed.

Weather had dramatically changed and we were concerned we not be imprisoned in Greece during an extended period of bad weather.

On the morning of the second day after the storm the seas cooperated.  We departed Greece at first light.  Early on the third morning with only six litres of fuel left in the tanks we tacked into Syracusa harbour on the east coast of Sicily and dropped our crooked anchor into soft mud.

The ordeal of the previous week were quickly forgotten as we strolled the streets of Syracusa, enjoying the Italian grocery stores which we found to be just this side of heaven compared to the quite properly Spartan offerings Greekside.

Most of the boats anchored in Syracusa were headed for Marina di Ragusa where would all spend the winter.  A party atmosphere developed in the anchorage and we met several boats known to us from various ports in the Med, all of whom had independently chosen the marina at Marina di Ragusa for winter mooring.

After four days of sightseeing we made the two day run to Marina di Ragusa on the south east coast of the island of Sicily.  We were surprised and pleased to be met on the docks by Yoshi and Fumi a pair of Japanese grandparents we first met in Almerimar in Spain.  This redoubtable couple have sailed Foxglove, their thirty foot Sparkman and Stephens design boat from Japan.

Always a pleasure to spend an afternoon with these two.

Italy greeted us with all the finesse you could imagine or expect.  The marina staff at Marina di Ragusa,  on the south east corner of the island of Sicily are marvellous.  We get two or three emails from them every week instructing us on new events at the marina or close by.  Every event announcement begins with the menu to be served.   This is my kind of country. 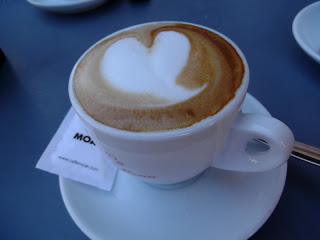