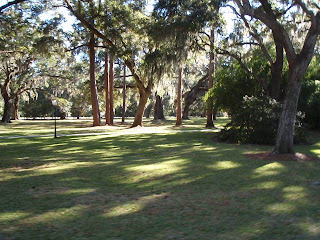 Why We Like Jekyll Island 1
Jekyll Island was once a private hunting club owned by the ultra rich of the turn of the century - families like the Vanderbilts, JP Morgans, Goodyears and so on. Each family maintained a cottage for its use in the winter and there are some stunning designs.

Now I say ultra Rich but when JP Morgan died his estate was valued at $80 Million. On reading this John Rockefeller commented "And to think he wasn't even a rich man".

Eventually the government forced the end to the private reserve and took it over as a state park which is now open for public viewing. 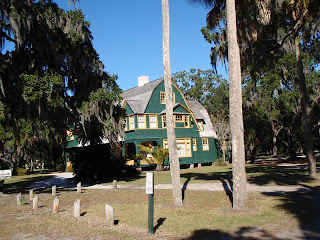 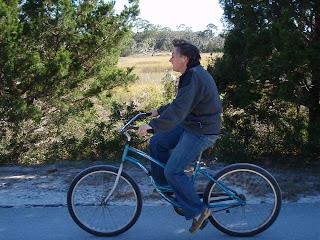 Connie Uses the Jekyll Island Transit System
Which leads to Head Shots Like this: 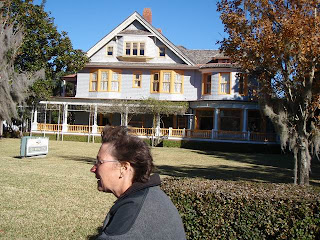 Connie Rides Past Some Other Dead Rich Guy's House
The transit system is reliable but there are some hazards to navigation: 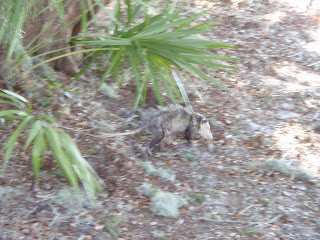 Odd Little Creature Which Runs Freely on the Roads Around Here

And that is all I feel like writing today.
Posted by Unknown at 12:36 PM