Washington Through The Eyes of The Meredithians 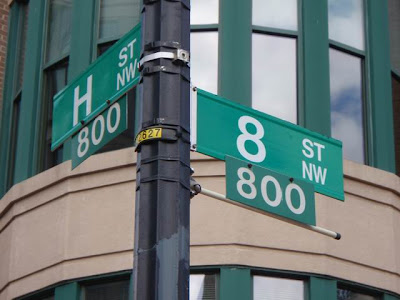 What I would have given for this business address while still practicing law.
Two days of Washington and we are ready to report. Following are the impressions on the crew of Meredith to downtown Washington DC:

First thing you notice in downtown DC is that the East West streets are all lettered, ie. Street A is followed by Street B etc. North South streets are all numbered, Street 1, Street 2, etc.

The potential of this did not sink in until we came H&8 which has to be the most sought after address in the City by the legal crowd. What Divorce Lawyer would not want his address to be H8? The photo leads this blog.

Spotting the sign we turned around and what do you suppose is located on the other corner of H8?


Why the Calvary Baptist Church of course 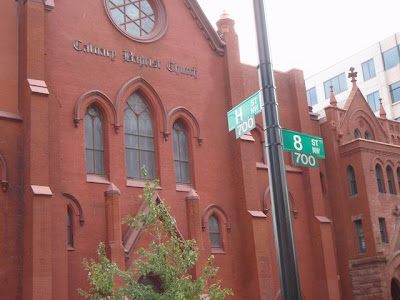 If I made this stuff up you wouldn't believe me
From everything we have seen of their belief in action here in the South this is a very appropriate address.

Approaching Washington by boat you notice immediately that it has no skyline. None. DC is one of the most height controlled cities we have seen. It is as if a planner took a plane and levelled the rooftops. The buildings pictured below are built on a hill. The closer buildings have 3 more floors than the building at the top of the hill: 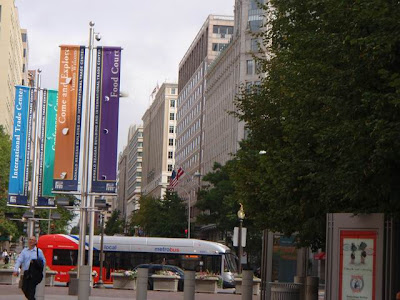 These buildings are built up a hill.
A Level across the roofs would be Dead On Balls Level.

Visiting? Are You Looking for Rack or the Thumbscrew Room?

Walk down 8th Street a bit you run into the IRS Building and one of the more optimistic signs we have come across: 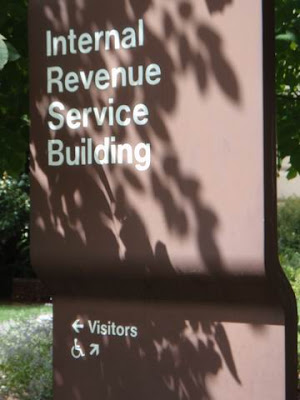 Visitors?
Did the subjects of the Spanish Inquisition feel like "Visitors" one wonders.

Visiting the White House grounds was fun because within seconds of our attaining the only break in the landscaped barrier sufficient to actually see some white paint we were run out. Cops on bicycles descended upon our small group of tourists sounding horns and yelling for us all to clear out "NOW". Chaos reigned. As we passed the plain clothes officer at the exit we noticed he had his firearm drawn. We moved quickly out of range.

Tiring quickly by this point we took a Circulator bus out to Georgetown to sightsee. Georgetown is where the ladder climbing middle class yuppies live in their little brownstone rowhouses. We walked around for a while enjoying the mature treed streets and some pleasant banter with friendly Mexican and Phillipino nannies. When it was time to return we caught the next Circulator but discovered instead that it had caught us. Had we looked at our watches we would have realized that school just got out:


Turn up your volume to max to get the proper effect.

When they found out they would appear in my blog the little hooligans tried to shake me down for a payment. As if.

As we exited the bus the girls all yelled a very lovely high volume "Goodbye".

By this point we were tired. We took a short stroll through the Statue Garden only to come upon this delightful structure by a pool of water: 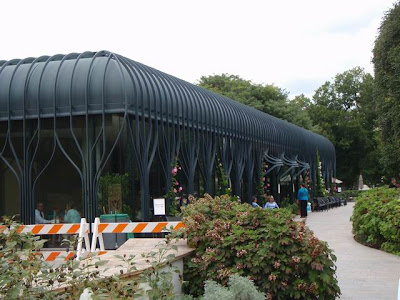 Naturally we had to stop for a cool drink. 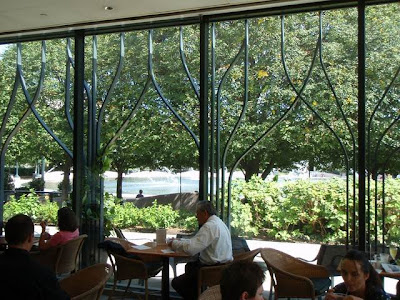 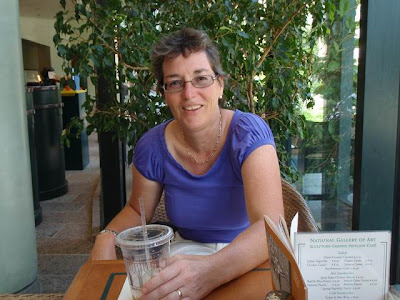 By this point Bob was frazzled. He found a nice rock and decided to just sit quietly for a few moments: 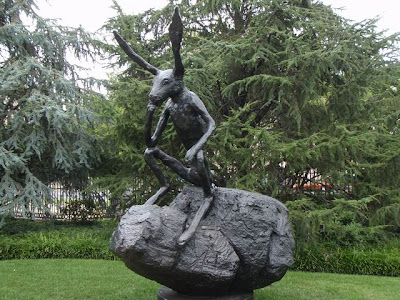 Wonder what tomorrow will bring?
Posted by Unknown at 4:06 PM