Sailing with a Porpoise 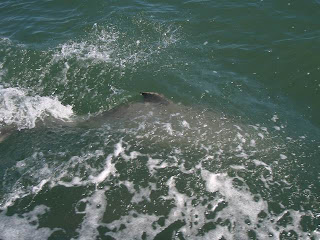 Dolphins Off the Port Quarter

Travelling the bit of the ICW from Vero to West Palm we had the ultimate compliment. Meredith was joined by several dolphins who swam with us for about 20 minutes. While no longer unusual this is always a delight aboard our boat.

Here is a video of a bit of the fun:

Leaving Vero we made a deal with two fellow Canadian boats to cross the gulf stream together, maintaining at least radio contact during the interesting bits.

The first was Radical Jack piloted by Peter and Heather out of Yarmouth NS: 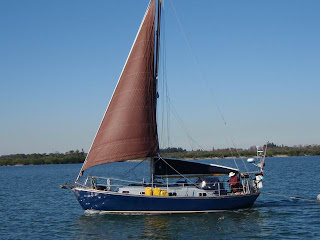 Peter and Heather hand built Radical Jack of from their own plans adopted I believe from a 40 foot Morris design.

Then there was Grace C out of Port Stanley under the supervision of Dick and Ruth: 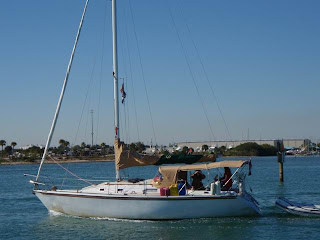 Dick and Ruth were among the first employees at Kanter Yachts and before Grace C they sailed 24 foot aluminum sailboat built by Dick.

So what did Bob and Connie bring to this group?

We haven't got a clue. But we are not complaining.

Tension is building amongst the captains as departure time approaches.
Posted by Unknown at 11:37 AM