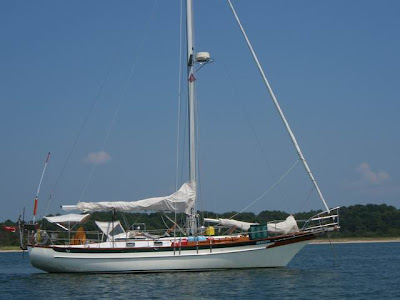 Looks Perfect Doesn't She?
With a new diesel just installed and the boat having been on the hard for the past 4 months we expected to be able to focus on breaking in the diesel in the early days of our renewed voyage.

The diesel has not given us a moment's grief. Or so we think. Who has time to look?

What did give us grief:

I sure hope the diesel is working fine cause we have not had time to check.
Posted by Unknown at 5:16 AM