Make that a Double Our Father with a side of Holy Ghost and Could you Supersize the Holy Water? 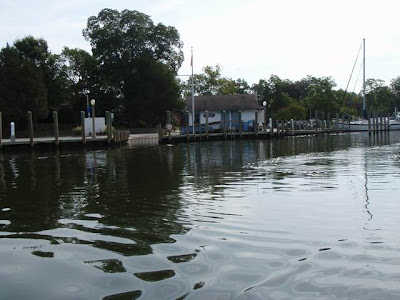 Onancock VA (o - NAN - cock) Harbour
What a name: that bizarre juxtaposing of the shortened Onanism with the vernacular term for the object of most onanism. It was not a good omen.

Anchoring in the Onancock River was a challenge. There are only 3 anchorages listed in the two guides we have on board and they disagree with one another as to which anchorage is acceptable. It was moot as none of the anchorages could contain anything larger than a rowboat.

We chose the largest and most open anchorage hoping to pick up some breeze. The available footprint for anchoring was small. Very small. Here is a shot of the screen from the chartplotter showing my manoeuvering as I scoped out the limits of acceptable depth. Acceptable depth is defined as anything more than 6 inches deeper than my keel at low tide. 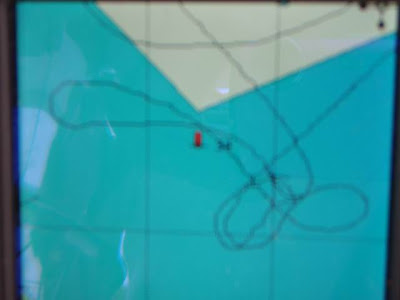 The red marker shows the Southern limit of the channel. Screen width is about 75 feet. The scribbly area below and to the right of the red marker, measuring about 40' x 40' is the only acreage available with depth over 6 feet. Tight anchorage for even one boat!

After anchoring we repaired the anchor washdown pump and then went for a swim. The water was 34 degrees Celsius. Our water was warmer than your air. Not too shabby.

Next morning we went to town. This is where it gets interesting.

On the walk in we came upon a plaque, a copy of which is included so you will know that I am not making this stuff up: 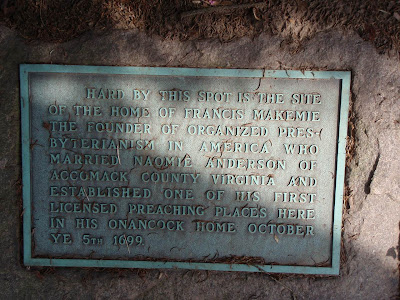 He Franchised God!!!! Onancock was his first place of business.

Imagine the business meetings: "Repent you heathen sinner. Oh, he has paid his license fees, well then... Go with God brother. And be a bit more timely with those quarterly payments in future."

The Makemie plaque was a find but it got better just down the street: 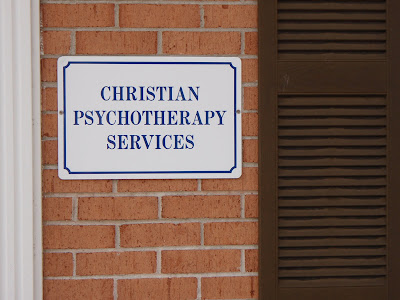 What the Chinese would call " Re education" and the Russians called "Indoctrination".

I have other words in mind.

Our purpose in going to town was to grab breakfast and buy some bread.

Onancock however has become a quaint "tourist" destination and breakfast is not a favoured meal in Tourism Land. How can it be? There is no profit in breakfast.

We tried all three restaurants in town that were open and none served breakfast. One only served coffee and "donuts" and one with "OPEN" sign alighted was actually closed. The other did not serve breakfast.

Now I am being quite specific here. When Adam was in the Garden of Eden he was instructed by God to name all things important to man. Right then and there he defined "breakfast" as "Fried Eggs, sausage, home fries and brown toast". Omelette is one of those danged New Testament words that should just be banned.

The Onancock restauranteurs need a little Christian Psychotherapy. All you could avail yourself of here was a highly value added "sun dried tomato and goat cheese omelette". How quaint.

I know it was highly value added the price was double what any sane person would pay.

And you could only get that if you got up from your table and went to the counter to order it yourself and then got your own coffee and any refills needed to while away the hour it took to cook those eggs.

You could not get home fries. They "aren't very healthy you know" we were informed when the plates arrives with diced boiled potatoes.

We had the audacity to ask if they could perhaps just put the potatoes on the grill for a few minutes. And maybe add an egg or two since they obviously had eggs or how could they make omelettes?

I am pretty sure I made my point because the lady at the counter charged me for the refill on the coffee I had to get up and get for myself.

Then we were off downtown to buy some bread. An easy task this as we had passed the town bakery on our way to the "restaurant".

The bakery staff informed us they did not make bread. Only doughnuts they expanded, which they spelled as "donuts".

Where we inquired would one buy bread in Onancock if one wanted to pursue such an obviously futile task? Why "the hardware store" answered the staff woman as if we were a bit slow.

Buy your bread at the hardware store not the bakery.

The hardware store was closed. The sign in the window explained that the owner was sick. By this time we shared his malady. We hightailed it out of Onancock. 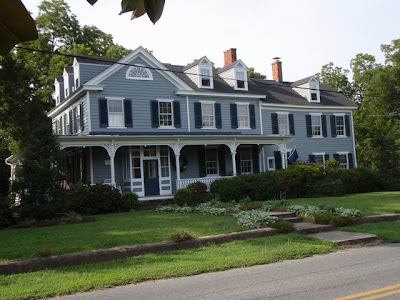 One of the smaller homes in Onancock. The big houses were well hidden behind sumptuous gardens all along the river.
Posted by Unknown at 1:14 PM