Down Not Out in Stuart and Vero 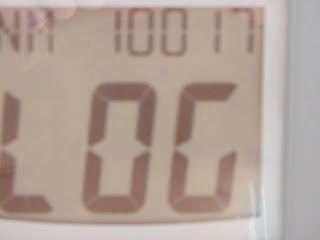 Meredith in Motion: Ten Thousand Miles (Nautical) Under the Keel
since 2004.

What to Do when in Vero?

Watch the airplanes come in to the fuel docks: 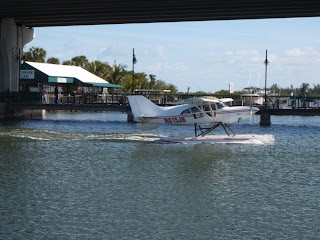 The Vero Beach Marina is a FULL SERVICE marina apparently. Connie was sitting in the cockpit reading last Sunday when this float equipped Maule landed on the waterway and taxied up to the gas dock.

Having filled the tanks the Maule lost no time scooting back onto the waterway and resuming flight home. 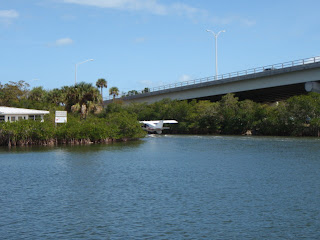 Earlier in the week Meredith experienced "Hurricane Randy": a visit from Randy Chamberlain from Toronto who with his partner Donna Querenguesser purchased a new to them Bertram 30 sportfisher at a brokerage in Stuart, FL. Randy is now madly outfitting the vessel with all the essentials: airconditioning, latte machine, 19" LCD TV, Stereo.

We asked Randy why he wanted the daunting Tuna Tower on his new boat, Randy not being much of a fisherman and all.

Randy who bought the boat to film episodes of his Sail TV series explained that a Tuna Tower was ideal for filming entries into harbours and for giving the "big picture" to his viewers.

That and it makes a great penis substitute I suppose.

Randy and Donna now embark on a taxpayer financed tour of the US Eastern Seaboard while filming for their new show.

(Actually it is very hard work - we have seen them in action - and when Donna gets here on Wednesday the work starts in earnest). 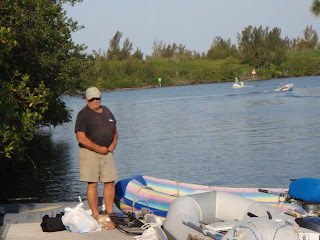 Republican Dave and His "Gay" Dinghy
The Character of the Week aboard Meredith is Republican Dave, a single hander aboard Carina Mara which he says means Big Hooters. We are not so sure.

Dave figures when the US needs oil they will just send the marines into Canada and take it. "What are You faggots Going Do? Try and Stop Us?" he cackles.

We got Dave cranked up at the weekly potluck and damn near needed the Referee to break it up before it turned physical. You can tell from the photo that Dave and Bob are well matched. Being guys we then had a beer and laughed like hell.

When I took his picture this morning for the blog he says "Sure, and now you will describe me as a Republican Ass*(O(e?" "No" I replied, "I hate repeating myself".

Sickness has stalked the decks of Meredith for the last week. Most people will be familiar with Asian Chicken Flu, well we have been attacked by the Barrie Lepidopterus Virus (rabbit flu). It laid us both flat as the keelstrake.

No onehas left the deck of Meredith for 4 days save for essential functions.

Everyone seems to be coming out of it now and we hope to be off to Miami as soon as possible. After that we are not sure.

The autopilot due in 4 weeks was, we thought, overdue. However on checking with the Bahamian dealer we found they did not actually ship it when they said they did and so the manufacturer is still within its stated time limits.